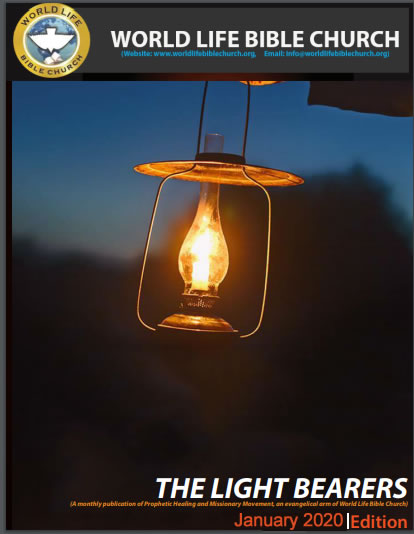 THE GLORY OF GOD’S HOLINESS PART 1

It is sad that most professing Christians see God as an indulgent old man that simply winks at sins. Some Christians, in a bid to establish their teachings on mercy, say that God is so merciful that He cannot even hurt a fly.

If it takes Holy God to punish His holy son because of our sins so that we can be saved. If God could allow His only son to pass through a painful and bloodstained gruesome murder on the cross. Then you should know that sin is something that God abhors. Of course, God must hate sin for Him to do such a thing. Brethren, for God to demand for the blood of His own son at Calvary for our sins, it shows He hates sins!

Christ has died for our sins and His death has unlocked unlimited spiritual resources to us according to Ephesians 1:3 “Blessed be the God and Father of our Lord Jesus Christ, who hath blessed us with all spiritual blessings in heavenly places in Christ:”

We now have access to grace which is one of the spiritual blessings mentioned in Ephesians 1:13 which is made possible by Christ atonement on the cross. The Jews in the Old Testament did not have access to this grace, this is the reason they offered daily sacrifices for their sins.  What they didn’t have we have it in our own dispensation; the wonder-working power of God’s grace in the lives of believers that surrender to the will of God.

THE LIFE AND TIMES OF REHINARD BONKE, A GREAT MISSIONARY EVANGELIST TO AFRICA

Reinhard Bonnke was born on the 19th April, 1940 in Konigsberg, East Prussia, Germany. He was a son of an army officer who later became a Pastor.

He became a born-again Christian at the age of nine after his mother caught him stealing some coins from her purse. The young Reinhard was surprised when his mother put her hands around him and said: “Reinhard, you are on your way to hell because you are a thief”. He said at that moment Holy Spirit touched his heart and this marked a positive turning point in his life.

Reinhard Bonnke studied at the Bible College of Wales in Swansea. After graduation, He pastored in German for 7 years. He moved to Lesotho in 1947 and subsequently, held Evangelical meetings across the continent.

At a tender age, Reinhard would carry his guitar to the street and sing, by the time people gathered, He would begin to preach. He was so happy the day a man knelt down and accepted Jesus. Little Reinhard rushed home with the statement “Daddy it works”.

When Reinhard Bonnke finally decided to move to South Africa, He had a meeting with Velbarter Missions Board, the mission arms of ACD Pentecostal denomination in Germany. Reinhard was told they don’t send missionaries to South-Africa. After extended discussion, the Bonnke’s were given a one-year South Africa apprenticeship with Apostolic Faith Mission. Once his one-year apprenticeship was over, the Mission Board offered him a position with large, affluential and wealthy white Church which he rejected and with the Lord’s leading, he became AFM overseer of three small churches serving indigenous Basuto people.

The moment Holy Spirit spoke to him to start evangelistic outreach, He flew to the headquarters of organization supporting his missionary works and asked them to release to start his independent Evangelistic Outreach without any support from any organized Church body. This was a step of faith indeed!

In 1974, Holy Spirit prompted Reinhard to go to Botswana capital, Gaborone and conduct a large campaign. He asked a Pastor in Gaborone to help him get the city officials and book National Sports Stadium for a meeting in four weeks. The Pastor was startled, He said “I am a Pastor who has 40 people in Church on a good Sunday. How do you expect to fill a stadium that holds 10,000? He was not discouraged by this comment, He got a list of all the Gaborone Pastors and visited all of them one by one. All the various Pastors had various reasons to decline helping Reinhard. He didn’t allow all these negative responses to affect his plan. He engaged in fasting and prayers with his wife and through the assistance of the congregant of those God has touched their heart they plastered the campaign posters throughout Gaborone. The campaign was a success with many souls won to Christ and many delivered from their afflictions. CFan was formed and launched by fire in this meeting.

There are many lessons to learn about Reinhard Bonnke’s life, what about his life of humility and ability to have a successor that will carry on the campaign. Our prayer is that God will raise many rugged soul winners in Africa that will take the baton of evangelism to the world.

On the 30th of January, 2020, Prophet Toyin Oluwibe moved to MAMU in Ogun State for another open-air crusade tagged “The Power as of old”.

In the first day of the crusade, Prophet Toyin Oluwibe came up with the message “Where will you spend your eternity?” He told the people of MAMU that the world is just like a market where everyone buys and sells and at the end of the day go back home. The man of God focused more on salvation of souls of the people of MAMU. Prophet Toyin Oluwibe once told the crusade team that healing and Miracles can only draw crowd, but it is their genuine salvation that will guarantee their eternal life in Christ.

In the second day of the crusade in better life market square in MAMU, Prophet Toyin Oluwibe delivered a message “Hold your salvation to the end”. He focused more on the youth in the second day of the crusade because he believes they are the future of the Church. He admonished them to flee from youthful lust, that if they can maintain their relationship with Christ their future will be great.

We are glad to announce to you that Jesus the miracle worker is still working. As we have promised you, all His great healing and miracles in our crusade shall be compiled in the book entitled “Men who saw a great revival”. 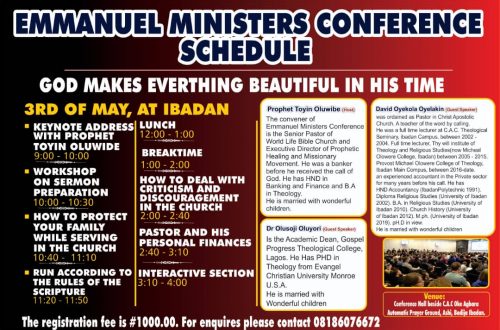 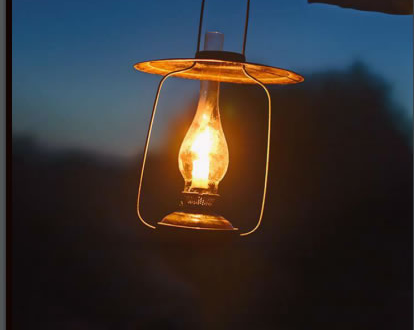 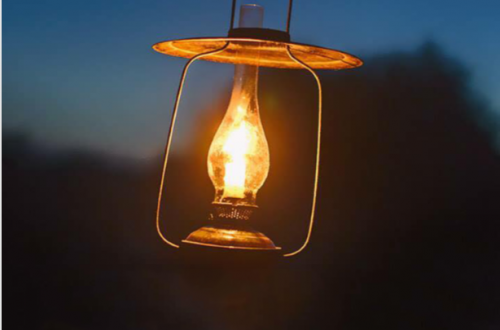